In the final report from the Start Free, Stay Free, AIDS Free initiative, UNAIDS and partners* warn that progress towards ending AIDS among children, adolescents and young women has stalled and none of the targets for 2020 were met.

“Over 20 years ago, initiatives for families and children to prevent vertical transmission and to eliminate children dying of AIDS truly kick-started what has now become our global AIDS response. This stemmed from an unprecedented activation of all partners, yet, despite early and dramatic progress, despite more tools and knowledge than ever before, children are falling way behind adults and way behind our goals,” said Shannon Hader, UNAIDS Deputy Executive Director, Programme. “The inequalities are striking—children are nearly 40% less likely than adults to be on life-saving treatment (54% of children versus 74% of adults), and account for a disproportionate number of deaths (just 5% of all people living with HIV are children, but children account for 15% of all AIDS-related deaths). This is about children’s right to health and healthy lives, their value in our societies.  It’s time to reactivate on all fronts—we need the leadership, activism, and investments to do what’s right for kids.”

Start Free, Stay Free, AIDS Free is a five-year framework that began in 2015, following on from the hugely successful Global Plan towards the elimination of new HIV infections among children by 2015 and keeping their mothers alive. It called for a super Fast-Track approach to ensure that every child has an HIV-free beginning, that they stay HIV-free through adolescence and that every child and adolescent living with HIV has access to antiretroviral therapy. The approach intensified focus on 23 countries, 21 of which were in Africa, that accounted for 83% of the global number of pregnant women living with HIV, 80% of children living with HIV and 78% of young women aged 15–24 years newly infected with HIV.

“The HIV community has a long history of tackling unprecedented challenges, today we need that same energy and perseverance to address the needs of the most vulnerable—our children. African leaders have the power to help us change the pace of care and should act and lead until no child living with HIV is left behind,” said Ren Minghui, Assistant Director-General of the Universal Health Coverage/Communicable and Noncommunicable Diseases Division of the World Health Organization.

Although the 2020 targets were missed, the 21 focus countries in Africa made better progress than the non-focus countries. However, there were major disparities between countries, and these countries still bear the highest burden of disease: 11 countries account for nearly 70% of the “missing children”—those living with HIV but not on treatment. There was a 24% decline in new HIV infections among children from 2015 to 2020 in focus countries versus a 20% decline globally. Focus countries also achieved 89% treatment coverage for pregnant women living with HIV, compared to 85% globally, but still short of the target of 95%, and there were huge differences between countries. For example, Botswana achieved 100% treatment coverage, yet the Democratic Republic of the Congo only reached 39%.

“While we are deeply distressed by the global paediatric HIV shortfalls, we are also encouraged by the fact that we largely have the tools we need to change this,” said Angeli Achrekar, Acting United States Global AIDS Coordinator. “So, let this report be a call to action to challenge complacency and to work tirelessly to close the gap.”

“The lives of the most vulnerable girls and young women hang in the balance, locked into deeply entrenched cycles of vulnerability and neglect that must urgently be interrupted. With the endorsement of United Nations Member States, the new global AIDS strategy recommits us all to address these intersecting vulnerabilities to halt and reverse the effects of HIV by 2030. We know that rapid gains can be achieved for girls and young women; what is needed is the courage to apply the solutions, and the discipline to implement these with rigor and scale,” said Chewe Luo, United Nations Children’s Fund Chief of HIV and Associate Director of Health Programmes.

UNAIDS and partners will continue to work together to develop new frameworks to address the unfinished agenda. New targets for 2025 were officially adopted by United Nations Member States in the 2021 Political Declaration on HIV and AIDS: Ending Inequalities and Getting on Track to End AIDS by 2030 in June this year, providing a road map for the next five years.

“It is clear that ending mother-to-child transmission requires innovative approaches that support the whole woman throughout the life course, including intensified primary prevention efforts, such as pre-exposure prophylaxis (PrEP), access to comprehensive reproductive care, and focused attention on adolescent girls and young women. The Start Free, Stay Free, AIDS Free report includes new the new targets for 2025 that, if met, will propel a new era of HIV prevention and treatment for women, children and families. This is not the time for complacency, but rather an opportunity to redouble investments to reduce and eliminate mother-to-child transmission,” said Chip Lyons, President and Chief Executive Officer of the Elizabeth Glaser Pediatric AIDS Foundation.

UNAIDS
The Joint United Nations Programme on HIV/AIDS (UNAIDS) leads and inspires the world to achieve its shared vision of zero new HIV infections, zero discrimination and zero AIDS-related deaths. UNAIDS unites the efforts of 11 UN organizations—UNHCR, UNICEF, WFP, UNDP, UNFPA, UNODC, UN Women, ILO, UNESCO, WHO and the World Bank—and works closely with global and national partners towards ending the AIDS epidemic by 2030 as part of the Sustainable Development Goals. Learn more at unaids.org and connect with us on Facebook, Twitter, Instagram and YouTube.

PEPFAR
PEPFAR is the largest commitment by any nation to address a single disease in history. Managed and overseen by the U.S. Department of State, and supported through the compassion and generosity of the American people, PEPFAR has saved 20 million lives, prevented millions of infections, and helped transform the global AIDS response.

UNICEF
UNICEF works in some of the world’s toughest places, to reach the world’s most disadvantaged children. Across more than 190 countries and territories, we work for every child, everywhere, to build a better world for everyone. Follow UNICEF on Twitter, Facebook, Instagram and YouTube

WHO
Dedicated to the well-being of all people and guided by science, the World Health Organization (WHO) leads and champions global efforts to give everyone, everywhere an equal chance at a safe and healthy life. We are the UN agency for heath that connects nations, partners and people on the front lines in 150+ locations – leading the world’s response to health emergencies, preventing disease, addressing the root causes of health issues and expanding access to medicines and health care. Our mission is to promote health, keep the world safe and serve the vulnerable. www.who.int

Elizabeth Glaser Pediatric AIDS Foundation
EGPAF is a proven leader in the fight for an AIDS-free generation and has reached over 31 million pregnant women with services to prevent transmission of HIV to their babies. Founded in 1988, EGPAF has supported over 15,000 sites and currently works in 17 countries to offer HIV counseling, prevention, diagnosis, and treatment services alongside high-quality family health care. Each stage of life—from infancy to adulthood—brings new and different challenges, and EGPAF is driven to see a world where no other mother, child, or family is devastated by this disease. For more information, visit www.pedaids.org.

International Paralympic Committee, World Health Organization sign memorandum of understanding to cooperate in the promotion of diversity and equity in health and sports 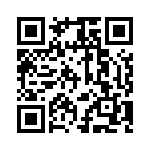