In the wake of media reports from India that said the country has detected its first human avian flu case, the health ministry today confirmed that H5 was found in a child who had underlying health conditions and died on Jul 12. The ministry report in Hindi was translated and posted by Avian Flu Diary (AFD), an infectious disease news blog.

The report said the child was first treated in June at the All India Institute of Medical Science (AIIMS) in New Delhi, where the patient’s condition worsened. Tests on respiratory samples were positive for both influenza A and B, and subtyping for influenza A was inconclusive. Follow-up testing at the National Institute of Virology revealed both H5 and influenza B, and genetic sequencing and virus isolation are under way.

Indian media reports, citing officials at AIIMS, said the patient was an 11-year-old boy who died from leukemia complications.

Investigators are following the child’s contacts, including those who work in healthcare, and so far none have shown symptoms. No suspected cases of avian flu in birds have been reported in the area where the child was sick, but enhanced surveillance is taking place.
Jul 23 AFD post
Jul 23 Times of India story

In a global flu update covering the last week of June and first week of July, virus levels in both hemispheres stayed at interseasonal levels, with influenza B dominating among the few respiratory samples that have tested positive, the World Health Organization (WHO) said in its latest global flu update.

Sporadic activity was reported from a few countries, including West and East Africa and South Asia, including India, Nepal, and Pakistan. In Southeast Asia, the Philippines reported a few cases.

Of respiratory samples that tested positive for flu at national flu labs, 77.3% were influenza B, with all but two samples belonging to the Victoria lineage. Of subtyped influenza A samples, 58.2% were 2009 H1N1 and 40.8% were H3N2.

The WHO included its usual caveats that flu activity and detection may be influenced by COVID-19 public health measures and changes in surveillance.
Jul 21 WHO global flu update

Ethiopia reported 10 more cases, 8 in Oromya and 2 in Amhara, which are counted with its 2020 total, now at 36. Liberia reported 1 more case, involving a patient form Nimba county, putting its overall cVDPV2 total at 3. Nigeria reported 9 more cases in 5 states, raising its 2021 total to 31.

In Senegal, officials reported a case in Thies, putting its total for the year at 12. Also, South Sudan reported 1 more case, which affected a person from West Nile district, bringing its 2021 number to 9. 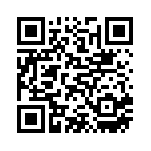