The AVMA House of Delegates convenes Thursday in Minneapolis, the group’s first in-person meeting since January 2020 in Chicago (pictured). Roughly 80% of all the delegates are expected to be there; others will attend remotely. Spectators may not attend in person due to the association’s concerns about COVID-19.

Members of the American Veterinary Medical Association are petitioning the organization to renounce the use of ventilation shutdown, or VSD, along with heat, to mass-exterminate animals during times of crisis.

The petition, outlined in a resolution originally brought to the House of Delegates in January, asks the AVMA to reclassify VSD as “not recommended” in its Guidelines for the Depopulation of Animals, which producers and veterinarians use to evaluate options for depopulating animals during emergencies.

Delegates declined during a meeting last winter to examine the resolution because it was submitted late. That move was a first for the House, which had previously considered late submissions. The anti-VSD resolution re-emerges during the House’s regular annual session, held Thursday and Friday in Minneapolis as a forerunner to the AVMA Convention.

The resolution, one of many items on the House agenda, follows a culling in spring 2020 of healthy pigs in Iowa. Producers used VSD to alleviate overcrowding caused by slaughterhouse shutdowns resulting from the COVID-19 pandemic. Animal-rights activists surreptitiously recorded audio as ventilation fans were turned off and hot air was pumped into swine housing facilities, causing thousands of deaths from hyperthermia.

In explaining their actions, producers pointed to acceptance of VSD by federal and state agriculture agencies and the AVMA to kill animals en masse during crises. The AVMA guidance states that using VSD to depopulate animals should be “a last resort” that “must only be considered when all other options have been thoughtfully considered and ruled out.”

The VSD video, widely circulated online, spurred a polarizing debate among veterinarians about the use of VSD, as opposed to other depopulation methods, such as captive bolt or gunshot. While influential, the AVMA has no regulatory authority over producers.

The website Veterinarians Against Ventilation Shutdown asks practitioners to petition the AVMA. An open letter from AVMA members warns that the association’s stance on VSD might “severely damage the reputation of the profession as caring advocates for animals.”

For its part, the AVMA is calling for more research. Regarding the resolution, the AVMA Board of Directors and the House Advisory Committee recommend that delegates refer it to the Board of Directors for consideration by the AVMA Panel on Depopulation. The panel, comprised of more than 60 experts who reviewed some 250 comments to craft the group’s depopulation guidelines, issued in April 2019, is already examining data from the Iowa facilities and others. Results of the research are expected to be published next year.

“I think for us to come out and say yay or nay on this topic now would be extremely inappropriate when we have a group of experts looking into this,” said Dr. Lori Teller, chair of the AVMA Board of Directors and a candidate for president-elect.

Delegates are slated to discuss economic dynamics in the U.S. veterinary workforce and how best to communicate the value of AVMA membership to constituents. They’ll also consider six resolutions in addition to VSD:

VIN News Service commentaries are opinion pieces presenting insights, personal experiences and/or perspectives on topical issues by members of the veterinary community. To submit a commentary for consideration, email news@vin.com.

INCB, UNODC and WHO Joint Statement on Access to Controlled Medicines in Emergencies 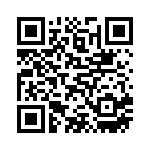