The researchers used a systematic literature review to find 48 eligible data sources, 46 involving major depressive disorder and 27 involving anxiety disorders. The studies, which were conducted from Jan 1, 2020, to Jan 29, 2021, were used to extrapolate global data using the Global Burden of Disease Study Model; most were from Western Europe (22) and high-income North America (14).

Women saw greater increases than men (29.8% vs 24.0% increase for depression, 27.9% vs 21.7% increase for anxiety). Also, young people ages 20 to 24 had the highest increased prevalence, which then declined with age. According to a Lancet press release, this age group saw 1,118 additional depression cases per 100,000 people for depression and 1,331 additional anxiety cases per 100,000 people.

“The study also has a few key limitations, largely resulting from the available data rather than the approach used to analyse them,” write Maxime Taquet, PhD, BM BCh, and others in a related commentary, noting the uncertainties of extrapolated and self-reported data, as well as the study’s inability to identify the reason for these outcomes.

“Aid programmes aimed at improving population mental health are clearly needed widely, and this study is unable to suggest specific countries to be targeted first. Measurement of clinical diagnoses will be needed to plan service provision, ascertain the burden of the pandemic in terms of mental disorders, and forecast social and economic consequences. Crucially, identifying causal mechanisms, and modifiable mechanisms in particular, will be important to design and deliver the right interventions to the right people.”
Oct 8 Lancet study and commentary
Oct 8 Lancet press release

Republican-led US states had an average public health protective index (PPI) that was 10 percentage points weaker than Democrat-led US states, according to a study published yesterday in the American Journal of Preventive Medicine. Besides suggesting the politicization of public health policy, the researchers say the lower PPI was associated with an 8% increase in expected new COVID-19 cases.

The PPI looked at 15 categories of public health measures and was calculated each day in each state on a national, state, and aggregate level. The researchers then used a Bayesian model to look at the connection between PPI and COVID-19 virus spread, while also accounting for state-specific variations in population density, poverty, number of physicians, and cardiovascular disease.

Although the model considered the governor as the sole definition for a state to be Republican- or Democrat-led, the researchers say this was appropriate, as more than 88% of all COVID-19 state policies came through executive actions.

From late March to November 2020, a 10–percentage-point decrease in PPI was linked to an 8% increase in expected number of new cases, and across state-specific peaks of the pandemic, Republican-led states had PPI values about 10 percentage points lower than Democrat-led states. The researchers do note, however, that there was significant policy variation across the board, possibly due to different epidemiologic situations and electorate compositions.

Russia reported three more highly pathogenic H5 avian flu outbreaks in poultry, all from the southwest of the country near the border with Kazakhstan, according to a notification from the World Organization for Animal Health (OIE).

All three of the events involved backyard and village poultry. The affected areas include Samara, Saratov, and Orenburg oblasts. The outbreaks started from Sep 28 to Oct 1. Taken together, the virus killed 963 of 2,554 susceptible birds. So far, the source and H5 subtype aren’t known. 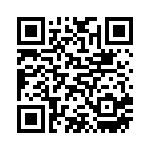