Leonardo da Vinci’s father, Ser Piero da Vinci, was a rising young Florentine notary in the summer of 1451, when he returned to his small hometown of Vinci, in the Tuscan hills. At some point during these visits home, the 25-year-old Ser Piero met and conceived a child with a woman named Caterina. In April of the next year, she gave birth to a son, who would grow up to be the prodigiously talented artist, sculptor, engineer, architect and ultimate “Renaissance man,” Leonardo.

Ser Piero soon married the first of what would be four wives; he would father 17 more children, the youngest of whom was born when Leonardo was in his mid-40s. But not much was known about the elusive Caterina, allowing plenty of room for speculation over the centuries.

Some scholars have argued Caterina was not a peasant at all, but might have been a slave from the Middle East or North Africa. But according to Martin Kemp, emeritus professor of art history at Oxford University, the truth is much more straightforward. In his new book “Mona Lisa: The People and the Painting,” written with the economist and art researcher Giuseppe Pallanti, Kemp identifies Leonardo’s mother as Caterina di Meo Lippi, who in 1451 was an orphaned 15-year-old girl living in a farmhouse a mile from Vinci.

After Caterina’s parents died, she and her 2-year-old brother, Papo, were living with their grandmother in the farmhouse near Vinci. According to Kemp and Pallanti, the grandmother died shortly before 1451, leaving the two children with no obvious source of support apart from their uncle, who lived next door.

By combing property-tax files and other records in Vinci and Florence, Kemp and Pallanti built a strong case for Lippi as Leonardo’s mother. They trace complicated family networks and “a series of recurrent Christian names”—there are lots of Antonios, Pieros, Caterinas and Francescos—and find various places where Lippi’s family overlapped with Piero’s.

After Caterina met San Piero and became pregnant that summer, it became clear that he would not be marrying her. But San Piero’s parents did not hide the birth of their illegitimate grandson, which was a common enough occurrence for wealthy Tuscan families of the time. His grandfather listed the 5-year-old Leonardo on his tax return as a family member in 1458, and it’s likely that San Piero’s family helped provide a dowry for Caterina, so that she could marry a local farmer, Antonio di Piero Buti. She went on to have another son and four daughters.

Years later, Caterina’s husband appears to have traveled to Florence to enlist San Piero’s services as a notary, in another link between the two families. And 40 years after her first son’s birth, Leonardo’s notebooks recorded that Caterina came to stay with him in Milan. He also recorded paying her funeral expenses; from this note, as well as Milan funeral records, it appears she died within a year of her arrival.

In addition to their revelations about Caterina, Kemp and Pallanti pose a challenge to Leonardo’s traditionally accepted birthplace, the so-called Casa Natale, in the nearby hamlet of Anchiano. According to the authors, neither Leonardo’s father nor grandfather owned any property in Anchiano when Leonardo was born. Ser Piero only acquired some near the end of the 15th century, when Leonardo was already an adult.

Even apart from her identity, the painting has generated frenzied speculation. One study claimed to have found Kaballistic symbols in the Mona Lisa’s eyes; another argued that under intense lights, hidden images could be seen of the painting’s true subject. As Megan Gannon writes in Live Science, even Freud offered his take on the matter, claiming the artist must have been thinking of his mother when he painted the Mona Lisa’s slight, mysterious smile.

Many of the theories and high-tech investigations into the Mona Lisa’s identity are driven by the desire to find extraordinary circumstances behind the creation of an iconic work of art. In the case of Caterina, however, the authors use plain old tax and funeral records to shed light on Lisa del Giocondo and her husband. In the end, they argue, uncovering the ordinary lives of the people behind the Mona Lisa—Leonardo, Lisa and their families—only serves to make the painting more extraordinary. 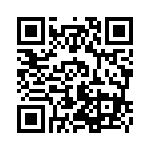