More… ادامه مطلب در
The skeletons of two ancient infants, who lived and died in Alaska 11,500 years ago, are helping tell the story of a previously unknown population called the Ancient Beringians, according to a study published in the journal Nature on Wednesday. This is the first genomic evidence that all Native Americans can be traced back to the same population that migrated using a land bridge.

Crew Off-Duty for Thanksgiving and Preps for Dragon Cargo Mission 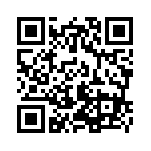