WASHINGTON (Reuters) – It may not have been a champion aviator, but the famous dino-bird Archaeopteryx was fully capable of flying despite key skeletal differences from its modern cousins, though not exactly gracefully, according to a new study. Think Wright Brothers, not F-22 fighter jet.

‘Find a problem and solve it’ 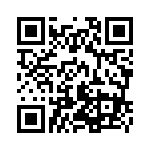