Farming octopuses is not only unethical but deeply damaging to the environment, scientists say.

From the Mediterranean to the Sea of Japan, octopuses are considered a culinary delicacy, and demand is growing. Of the estimated 350,000 tonne annual catch, two-thirds goes to Asian countries such as Japan and South Korea (a whole third of the global catch ends up in China) but European countries such as ….. 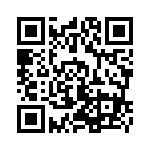