On 11 June 2019, the Ugandan Ministry of Health (MoH) has confirmed a case of Ebola Virus Disease (EVD) in Kasese district, Uganda. The patient is a 5-year-old child from the Democratic Republic of Congo (DRC) who travelled with his family from Mabalako Health Zone in DRC after attending, on 1 June 2019, the funeral of his grandfather (confirmed EVD case on 2 June 2019). On 10 June 2019, the child and the family entered the country through Bwera border post and sought medical care at Kagando hospital where health workers identified Ebola as a possible cause of illness. The child was transferred to Bwera Ebola Treatment Unit (ETU) for management. The confirmation of Ebola Virus was made on 11 June 2019 at the Uganda Virus Research Institute (UVRI), and the child has deceased in the early hours of 12 June 2019. Two other suspected cases, a 50-year-old female (grandmother of the first case) and 3-year-old male (younger brother of the first case) part of the family members who travelled together with the first confirmed child were also admitted in the same ETU and were confirmed for EVD by UVRI on 12 June 2019. The 50 year-old-female died during the night between 12 and 13 June. 27 other contacts have been identified and are being monitored. Healthcare workers from both health care facilities where the child was treated have been previously vaccinated.
All three confirmed cases are imported from DRC and belong to the same family who travelled together from Mabalako Health Zone, an area currently affected by Ebola outbreak in North Kivu, DRC. To date, they remain as a single episode of EVD in Uganda, and the geographical spread in Uganda appears to be limited to one district near DRC border. Further investigations are ongoing both in Uganda and DRC to assess the full extent of the outbreak.WHO Outbreaks News

US COVID-19 vaccine allotment to stay the course, despite upticks 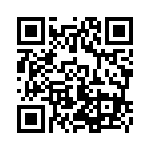