On 16 August 2019, Regional Health Authorities in Andalusia, Spain, reported an outbreak of listeriosis, caused by the bacteria Listeria monocytogenes (L. monocytogenes), associated with the consumption of a chilled roasted pork meat product manufactured in Spain by Magrudis Company Limited and sold under the brand name “La Mechá”. This outbreak was reported by Spanish Authorities to the World Health Organization, via the International Food Safety Authorities Network (INFOSAN), on 20 August 2019. On 23 August, a Food Safety Alert was issued by the Spanish Authorities, advising consumers to avoid any product sold under that brand and that a small amount of the implicated chilled roasted pork was also sold non-branded by another company.
From 7 July through 13 September , a total of 222 confirmed cases linked to this outbreak have been reported in five regions of Spain: Andalusia (214), Aragon (4), Extremadura (2), Castilla y Leon (1), and Madrid (1). Fifty-seven per cent of cases are women including 38 pregnant women and 24% of cases are 65 years old or above (24 men and 25 women). Three deaths have been reported among elderly persons who were ill with listeriosis at the time of death. Reportedly, six women had miscarriages linked to this outbreak. On 23 August 2019, France, through the European Commission Early Warning and Response System (EWRS), notified a travel related case in a foreign citizen with travel history to Andalusia who had consumed the implicated product. Only three cases of listeriosis have been recorded with a date of consumption after 17 August, but all the three bought the product before the food alert was launched.WHO Outbreaks News

Notification of Exposure: A Contact Tracer’s Guide for COVID-19 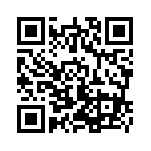