CARB-X announced today that it is awarding up to $3.6 million in funding to Novel Microdevices, Inc. of Baltimore to develop a rapid, portable molecular diagnostic test for sexually transmitted bacterial infections.

Novel’s rapid point-of-care test, which is in the early stages of development, would be able to diagnose Neisseria gonorrhoea or Chlamydia trachomatis infections in 25 minutes from a vaginal swab or urine sample, and detect genetic mutations that indicate resistance to antibiotics. The lightweight, battery-powered device is particularly suited to low-resource healthcare settings.

The device will be eligible for an additional $10.2 million from CARB-X (the Combating Antibiotic-Resistant Bacteria Biopharmaceutical Accelerator) if certain project milestones are met.

“Novel’s technology is in the early stages of development and, if successful, could be used world-wide to help health-care providers diagnose gonorrhea, including resistance markers, more rapidly, thus improving treatment decisions, and mitigating the devastating effects of these diseases,” CARB-X research and development chief Erin Duffy, PhD, said in a press release.

Drug-resistant gonorrhea has been identified by the World Health Organization (WHO) as a high-priority pathogen.
Apr 6 CARB-X press release

Four more cases have been reported in Guinea’s Ebola outbreak, raising the total to 23, the WHO African regional office said today on Twitter.

On Apr 1, the country confirmed a new case after not reporting any new infections in the outbreak since Mar 4. Media reports said last week’s case was found amid a cluster of suspicious deaths in the area and reports that some sick people had fled the area.

In another Ebola development, Bavarian Nordic announced today that it has received a new supply order from Janssen worth $28 million to make and deliver bulk MVA-BN Filo, the prime-boost vaccine Ebola vaccine licensed to Janssen.

The vaccine was developed during West Africa’s massive outbreak and has been tested in Europe and Africa. The European Commission approved the vaccine in 2020, and the WHO is assessing the vaccine for prequalification, which would allow broader rollout in at-risk African countries.

Bulk production will begin in May, with delivery expected in the second half of 2021.
Apr 6 Bavarian Nordic press release

New data on women who received the human papillomavirus (HPV) vaccine inadvertently in early pregnancy shows the vaccine did not cause miscarriages or adverse birth outcomes, according to a study yesterday in JAMA Network Open.

The HPV vaccine is not recommend in pregnancy, but safety data are limited on inadvertent exposure.

To conduct the study, US researchers looked women with vaccine exposures from 12 months before the last menstrual period before conception through 20 weeks of pregnancy at seven Vaccine Safety Datalink (VSD) sites across the country. A total of 1,493 pregnancies were included.

“We believe that this research supports current recommendations by the Advisory Committee on Immunization Practices that 9vHPV vaccine, although not recommended for use during pregnancy, can be administered to female individuals of reproductive age without routine pregnancy testing,” the authors concluded.
Apr 5 JAMA Netw Open study 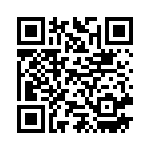