The most intelligent invertebrate on the planet

Farming octopuses is not only unethical but deeply damaging to the environment, scientists say.

From the Mediterranean to the Sea of Japan, octopuses are considered a culinary delicacy, and demand is growing. Of the estimated 350,000 tonne annual catch, two-thirds goes to Asian countries such as Japan and South Korea (a whole third of the global catch ends up in China) but European countries such as Spain and Italy are also big octopus importers.

To meet growing demand, many countries are experimenting with raising octopuses in artificial conditions. One Japanese company reported hatching octopus eggs in captivity in 2017 and wants to open its first farm in 2020. In Spain, experiments with net pens, in tanks on land and in large sea ‘ranches’ are ongoing.

But, as a team of scientists from New York University argue, for environmental and ethical reasons, we should avoid farming octopuses.

There is already a wealth of research that suggests octopuses are one of the most complex and intelligent animals in the ocean. They can recognise individual human faces, solve problems (and remember the answers for months) and there is some evidence they experience pain and suffering. Numerous videos on the internet of octopuses escaping from their tanks or stealing fishermen’s catcheshave fueled a human fascination with the only invertabrate that the 2012 Cambridge Declaration on Consciousness considers sentient alongside mammals and birds.

Keeping intelligent animals like octopuses in large, industrial farms poses numerous ethical issues and a lot of it is down to how aquaculture has evolved over the past decades.

This is anathema to a curious and active octopus which is more likely to catch infections, become more aggressive and have a high mortality rate when reared in farming conditions.

Aside from the ethical qualms, the environmental impact of octopus farming also worries the scientists.

The amount of feed needed to sustain and grow an octpus is three times the weight of the animal itself and, given that octopuses are carnivorous and live on fish oils and protein, rearing them risks putting further pressure on an already over-exploited marine ecoystem.

Even as demand grows, octopus farming is still in its infancy. Researchers and breeders have yet to figure out reliable ways to keep octopuses alive during their infancy and the farms that do exist can find it difficult to manage such an intelligent animal.

Octopuses are just one of the vast number of marine animals humans use for food, and the idea of farming them poses profound questions about our relationship with a fracturing natural world.

We risk losing more soil due to an invisible threat – soil pollution.

We risk losing more soil due to an invisible threat – soil pollution. #StopSoilErosion 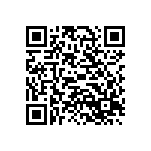