A new computer model can accurately predict a TB strain’s resistance to 10 first- and second-line drugs in a tenth of a second.

What is bovine TB?

Bovine TB is a disease caused by a specific type (species) of bacteria called M. bovis.  Bovine TB usually affects animals such as cattle, but it can affect practically all mammals causing a general state of illness, coughing and eventual death. It can be transmitted from animals to humans as well as to other animals. M. bovis is a different type of bacteria to the bacteria M. tuberculosis, that is the type that usually causes disease in humans. 1 The name Tuberculosis comes from the nodules, called ‘tubercles’ which form in the lymph nodes of affected animals.

How is bovine TB transmitted and spread?

Differing views are held about the safety of raw milk

The disease is contagious and it is spread by contact between infected domestic animals such as cattle, and wild animals and humans. The usual route of infection is by animals and humans inhaling infected droplets which are expelled from the lungs by coughing. Infection can also occur from direct contact with a wound. For example, a wound that might happen during slaughter or hunting. It is also believed by most people that calves and humans can also become infected by ingesting raw (unpasteurized) milk and other dairy products from infected cows. MORE… 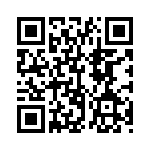